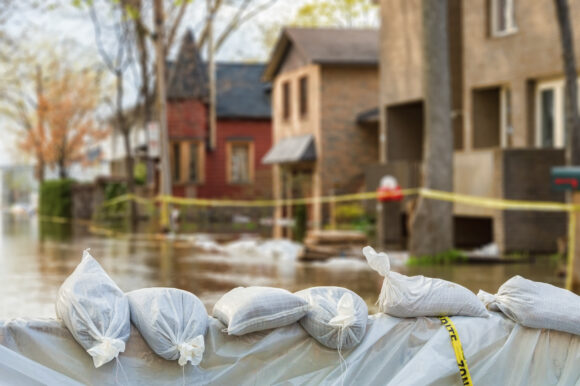 The country’s flood insurance market is slowly transitioning toward private insurers providing additional options to the federal government’s program for those seeking coverage, according to a new AM Best report.

But private sector carriers are being selective, tending to avoid risks in flood-prone areas and concentrating more on commercial properties than homeowners, an AM Best report shows.

According to Best’s Market Segment Report, “Appetite for Flood Risk Among Private Insurers Still Small,” more than 70% of overall private flood premium has been generated from commercial property exposures.

Also the report finds that private insurers tend to avoid flood-prone areas, noting that Florida experiences tropical systems more frequently than any other state and represents about one third of the total National Flood Insurance Program (NFIP) insured value.

Yet, Florida represents only about a quarter of the total flood premium, partially illustrating the larger issue that the NFIP is subject to an inherent risk of adverse selection.

“If private insurers are able to price risks individually, they will cherry-pick the best risks with pricing better than the NFIP’s subsidized rates, leading to further adverse selection,” said Christopher Graham, senior industry analyst, AM Best.

The $735 million in direct premium in 2020 represented the largest amount during that period.

The slow shift toward more private sector involvement comes a time when the federally operated National Flood Insurance Program (NFIP) notched a $20.5 billion shortfall earlier in the year, a figure that includes losses dating back to Hurricane Katrina in 2005.

The NFIP is administered by the Federal Emergency Management Agency, which has developed Rating 2.0, a strategy to address pricing inefficiencies and curtail any adverse risk selection by moving all properties to a true risk-based rate. The new NFIP rate structure took effect on Oct. 1, 2021.

Under Risk Rating 2.0, the annual premium rate is expected to decline for a quarter of policyholders obtaining coverage through the NFIP. However, many will see their rates increase and reach their full risk rate in approximately five years. Eventually, the new rating measures should lead to more adequately priced NFIP risks and more competitive coverage offered by private insurers.

“This should help better spread the flood risk among private carriers and the NFIP, as well as create a better overall flood insurance market for customers needing the coverage,” said David Blades, associate director, AM Best.

As of press time, authorization for the NFIP was set to expire at the end of September unless Congress acted to renew it.

In recent years, Congress has been unable to pass reform legislation or a long-term extension for the NFIP but has instead passed about a dozen short-term extensions.