Vishaal Hariprasad, CEO and co-founder of cyber insurer Resilience, didn’t hesitate when President Joe Biden looked right at him and asked: “How can the insurance industry help drive better cyber standards for the country?”

Photo: Lyndell Scott walks past the debris of his gutted home in the aftermath of Hurricane Ida in LaPlace, La., “Navigating a patient through long COVID or long-hauler syndrome really is uncharted territory,” said Kathy Galia, senior vice president and general manager of clinical solutions for Paradigm, which provides managed care for injured workers, during a webinar in July.

While no official number is available, some organizations estimate that up to 80% of COVID-19 patients will experience one or more long-term, persistent symptoms. The insurance industry had a large presence in the World Trade Center, and Tuesday, Sept. 11, 2001, began like any other morning in lower Manhattan. People had gotten their coffee on the way from the trains. They took the elevators up. They chatted with colleagues and made plans for lunch. Meetings were in session or about to begin.

But some were running late. They had doctor or dentist appointments, or they missed the train. Had gotten called to a meeting in another city. A child was sick. Or they were stuck in New York’s infamous morning commute.

Chance and circumstance determined the fate of so many people in the industry when, a short while later, lives ended and many more were changed when al-Qaida terrorists flew hijacked planes into the iconic Twin Towers. 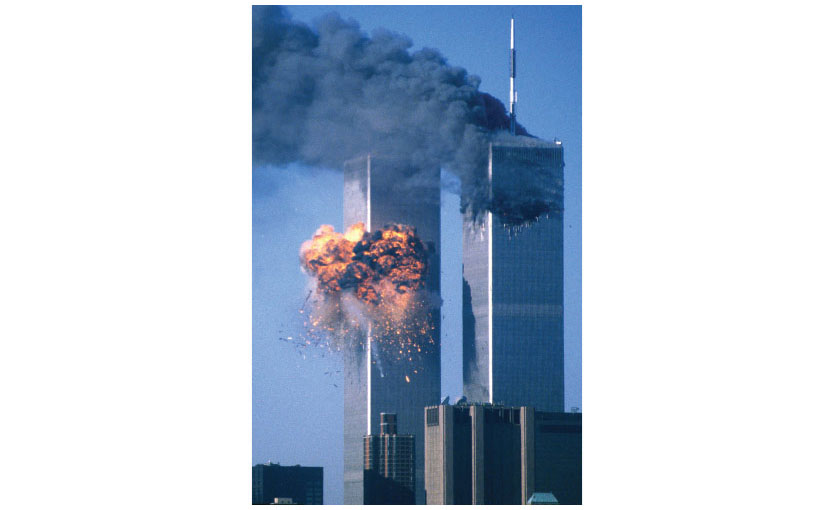 Flood watches are in effect from northeastern Pennsylvania to New Hampshire.

Henri continues to churn across the Northeast where heavy rain and flooding are still possible through Monday night.

The storm made landfall as a tropical storm in Rhode Island early Sunday afternoon, bringing wind gusts up to 70 miles per hour and a storm surge of up to 4 feet to the surrounding regions. Over 9 inches of rain was recorded in Brooklyn, New York. Henri weakened to a tropical depression on Sunday night and will leave the Northeast by Monday night.

A tornado touched down near Marlborough, Massachusetts, Monday as Henri veered away from the Northeast.

The White House announced Monday that President Joe Biden has approved an emergency declaration for Vermont due to Henri, following his previous approvals for New York, Connecticut and Rhode Island.

As ransomware attacks are on the rise and cyber risks continue to mount, experts say there has been “a paradigm shift in cybersecurity enforcement.”

That’s according to Matt Levine, a partner in Phillips Nizer’s litigation department in its New York office, in the most recent episode of The Insuring Cyber Podcast. Levine has experience in criminal, civil and regulatory litigation and previously served as the first executive deputy superintendent for enforcement at the New York State Department of Financial Services (DFS).

New York led the charge as the first state to apply GDPR-like cybersecurity regulations for its financial services industry with DFS’ cyber rules – often referred to as Part 500 – implemented under a phased two-year timeline beginning in March 2017.

The regulation aims to protect New York’s financial services industry from the threat of a cyber attack and is the first cybersecurity regulation of its kind in the U.S. Litigated claims could impact reputation and market share in ways no policy can cover. Here’s how proactive risk mitigation reduces the expense. What many in the industry don’t realize is that a portion of these costs can’t be recouped from a product liability policy.

“These unexpected costs can be categorized as immediate or deferred costs. Immediate costs would include additional legal costs to respond to heightened regulatory scrutiny incurred after a claim. It also includes losses absorbed in attempts to restore reputation. Companies may need to offer discounts or refunds, for example, to retain existing business, which may not be reimbursable damages under a customary insurance policy,” said Tom Morelli, Claims Representative in The Hartford’s Major Case Unit.

Hardening Medical Malpractice Rates, a Slew of COVID Claims and What It All Means for the Health Care Sector

The COVID-19 pandemic has made an already-hardening insurance market in the health care sector even harder. The COVID-19 pandemic has wreaked havoc on all segments of the health care industry, including the medical malpractice market, which has continued to harden over the last 12 months.

As a result, the past year has seen prices, exclusions and limitations increase and capacity reduce, in part because some carriers left the market. The pandemic also placed tremendous pressure on hospitals, health care providers and long-term care facilities.

“The anticipation of these indirect COVID-19 claims has added to the hardening of the market.”

The New York State Department of Financial Services (DFS) has issued new guidance for New York-regulated property/casualty insurers that write cyber insurance. This serves as the first guidance the regulator has issued on cyber insurance in particular.

“Cybersecurity is the biggest risk for government and industry, bar none,” said DFS Superintendent Linda Lacewell in a press release issued by her office.

As part of the guidance, called the Cyber Insurance Risk Framework, DFS is calling on regulated insurers to establish a formal strategy, approved by the insurer’s board or other governing entity, for measuring cyber risk based on the insurer’s size, resources and geographic distribution, among other factors.

In particular, insurers are urged to take measures to manage and eliminate exposure to silent cyber risk, which occurs when cyber exposures exist within a traditional property and liability policy that does not specifically include or exclude cyber risk.

AIR Worldwide has updated its hurricane and wildfire models to get more granular insight on long-term climate risk. As it builds out a framework to model future climate risk, AIR Worldwide made changes last year to its hurricane and U.S. wildfire models with the goal of providing insurers and their clients with more accurate assessments of those morphing risks.

The catastrophe (CAT) modeling firm described in detail last June its longer-term project, which began three years ago and blends its “traditional hybrid, physical, and statistical approaches with a new set of tools that come from the world of artificial intelligence — specifically machine learning.” AIR anticipates the new framework will provide insight into “not only today’s new climate questions, but also tomorrow’s.”

There is “huge demand” from insurers and across industries to quantify the impact of climate change in the near, medium and long term, according to Liz Henderson, senior managing director of analytics at Aon.

Time to Get Uncomfortable: Addressing Diversity & Inclusion in Insurance

True progress in promoting diversity and inclusion in insurance will require a departure from the “safety” of comfortable silos. The events of the last year have brought an increased emphasis on diversity and inclusion within the commercial insurance industry.

Some of these events have been strikingly visible, such as the widespread protests that followed the death of unarmed Black men. Others, such as the disproportionate effect that the COVID-19 pandemic has had on ethnic and racial minorities in the U.S., have remained largely invisible.

Insurance cannot expect to solve these issues alone, of course, but neither can it lag behind when it comes to tackling social injustice. Indeed, as professionals many of us feel that we have a responsibility to use our knowledge, experience and influence to work for a better society.

Risk & Insurance®, as an affiliate of The Institutes, is committed to moving things forward.